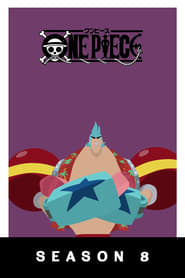 The Water 7 Arc is the fifteenth story arc in the series, and the second in the Water 7 Saga of the manga and anime series, One Piece. Water 7 is the seventh island that the Straw Hats encounter on the Grand Line. It is a water metropolis that was built on top of a previous sunken city. Things seem to be going fine for the Straw Hats until a mysterious organization called CP9 gets involved. This arc is well known for extensive use of plot twists and sudden shifts in the story-line, as well as the serious conflict within the Straw Hat crew. There is some dispute as to how the Water 7 Arc should be categorized, particularly whether the journey on the sea train should be attached to the Water 7 Arc, the Enies Lobby Arc, or if it should stand alone. Another is whether or not the Water 7 and Enies Lobby Arcs should be considered separate arcs or not.